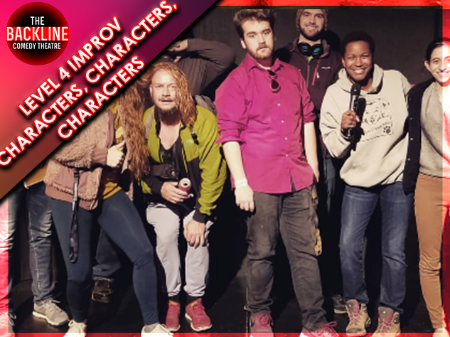 You’ve mastered “Yes, and…”. You’re a professional heightener. You can edit, tag out, create group mind and support your fellow scene partners like it’s no one’s business. Now you want to start creating memorable, multidimensional characters. In this course you will learn to quickly and efficiently create characters while leaving room to explore and grow during a scene. Using all your facilities (mind, body, voice) you’ll become an expert in inhabiting new and unexpected characters, creating a unique personal character style, and having a reserve of fun characters in your back pocket.

Timmy has been working in the entertainment field for over two decades. He’s an accomplished writer, director, filmmaker and teacher. He’s directed over 150 sketch reviews in Los Angeles and Chicago, won numerous awards for his short films and tours all over the country performing improv to college campuses. He’s currently the Tour Producer for M.i. Productions – a comedy centric touring company – and an organizer for the Omaha Comedy Fest. He’s designed and taught comedy courses at the Westside Comedy Theater in Santa Monica, The College of The American Musical and Dramatic Academy in Los Angeles, University of Nebraska at Omaha, Metro Community College, and Second City Chicago. You can see him perform at The Backline in his monthly show, The Strangers, with Will Meinien.