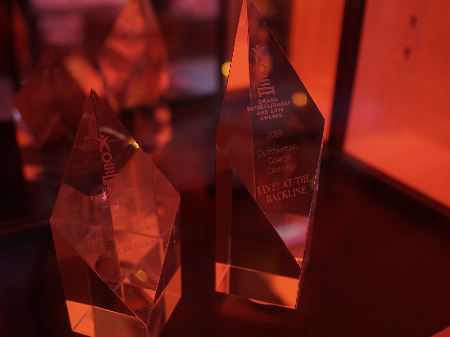 Intro to Sketch Comedy will introduce students to a variety of sketch comedy styles for the stage. Students will deconstruct sketch comedy into it's most basic parts and build it back up again to create fully realized, original sketches for the stage. The class will incorporate a collaborative writer's room atmosphere where students will pitch, write, and re-write sketches together. Your instructor will provide helpful personalized feedback based on years of experience, and you should leave with a packet of 8-12 finished sketches. Students will need a laptop or tablet and will be writing each and every week.

Timmy Tamisiea is a writer, director, performer and improviser. Newly returned to Omaha from Los Angeles, he's be been working in the entertainment industry for 20+ years. In that time, he has performed all over the country with numerous prestigious theatre companies, including The Boars Head Theatre, The Actors Theatre of Louisville, The National Theatre Conservatory, The Denver Center for Performing Arts and The New England Shakespeare Festival. TImmy also studied and performed improvisation and sketch comedy with The Second City, iO Chicago and was a member of the Second City House Company for two and half years. In addition to performance, Timothy has written and directed award-winning short films, worked for the Conan O'Brien Show's monologue department and has written for Amazon Productions. Before moving back to Omaha, he produced, directed, toured, taught and performed with the Santa Monica-based comedy theatre, Mi's Westside Comedy Theater. He is currently teaching improv, sketch comedy and screenwriting at The American Musical and Dramatic Academy in Los Angeles and is the Tour Manager for the Mi.i Productions Comedy Touring Company. Timmy holds a BA from Marquette University in Performing Arts and a MFA from Columbia College Chicago in Film Production.